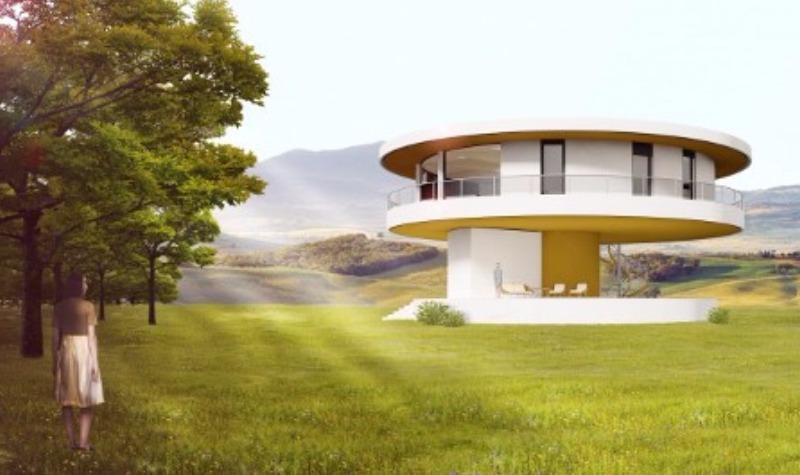 A startup in Marbella is developing solar-powered houses that will spin 360 degrees to follow the sun’s light – the first of their kind on the European market.

It’s the kind of futuristic home that wouldn’t look out of place in a sci-fi film, but in less that a year’s time such homes will be a reality on Spain’s Costa del Sol.

The Marbella startup Sunhouse360º will debut in 2016 their first “smart” home that rotates to follow the sun’s path throughout the day, maximizing sunlight to heat the home and save energy.

The circular house, which is built elevated off the ground, rotates a full 360 degrees on its own axis, in any direction, collecting energy through solar panels.

Its floor-to-ceiling windows around the house allow residents to take in breathtaking vistas that change as the day goes on.

The company estimates that the design can save up to 70 percent in energy. It will also reduce carbon dioxide emissions by 68 percent and electrical consumption for running hot water by up to 80 percent.

Moya and partner Bertrand Coue came up with the idea about two and a half years ago when looking at different kinds of motors that could allow for such rotation. They decided to try to implement the motors into the design of a house and since then have been developing their model.

The first solar-powered house in the world that captured more energy than it used by rotating to track the sun was completed in 1994 by German architect Rolf Disch.

Moya said that though there are similar ideas to his on the market already, this is the first such design for a home that uses technology to detect the best position to take in sunlight.

“The feature that is fundamentally different is the software of the ‘eco’ rotation where the house can check the temperature and decide where to orient itself,” Moya explained.

Homeowners can choose between three different modes: one where the house automatically detects where to position itself, one that allows a specific room to follow the sun all day and another that allows a room to see different views throughout the day, based on pre-programmed positions.

Each rotation lasts 15 minutes and is designed so that those inside don’t notice they’re moving – except of course for the changing view outside.

The company allows for even more customization, from models with different numbers of bedrooms to a range of colours, floor types and more for the interior and exterior.

Moya and his team are aiming to complete the first home in Marbella for a private client next year, but he said they already have interest from around the globe- from Scandinavia to Asia. Moya estimates that within the next year, they’ll have started work on between five to ten houses.

“It has surprised us, the level of interest,” he said. “But there are many places in Europe, especially in colder, northern places, where having more sunlight is very important.”

The current houses cost €3,000 per square meter, or about €760,000 for a design of a little over 250 meters. Moya said they are also working to develop compact, low-cost houses as well.

“These kinds of ideas are becoming more and more in vogue, mixing science and aesthetics,” Moya said. “If you have the economic capacity, the advantages are obvious.”